Japanese sites have all started listing the DVD and Blu-ray home release of the new film Dragon Ball Z: Battle of Gods, which gives us an impressive glimpse at all of the extras coming along with both the standard and “Limited Edition” versions!

The standard edition on both DVD and Blu-ray will come in a special slipcase cover, which somewhat strangely says “The Battle of Gods” on the spine and case despite the cover of the movie sticking with the standard “Battle of Gods” (sans-“the”) title. 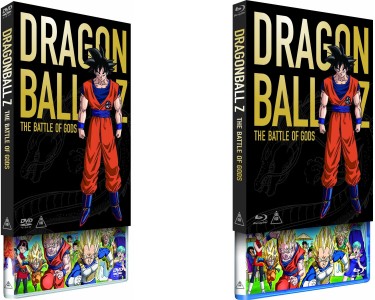 The “Limited Edition” version on both DVD and Blu-ray will come with a slew of extras. In addition to the main feature disc (which will contain a “trailer collection” and “design materials collection”), the bonus disc (which will be a DVD regardless of which version you buy) has a few great things currently planned: a recording studio report, an interview collection, and a “Day 1 on-stage greeting” (the last of which probably refers to the one at Marunouchi Toei in Tokyo). In terms of physical extras, we can look forward to a “Super Saiyan God three-dimensional wall figure”, a postcard set of all 18 theatrical features, and a special booklet. 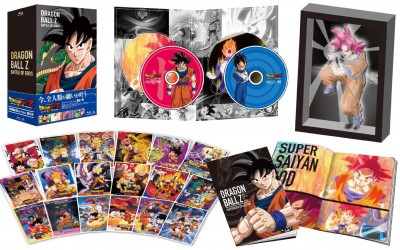 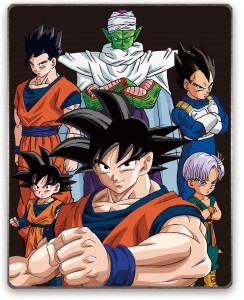 The movie is currently available for pre-order in various versions on the following websites, and is officially due out 13 September 2013:

CDJapan indicates that first-press editions will also come with a poster, so get those pre-orders in soon if you are interested!

15 Comments
Connect With Us
Support Us
Your support for Kanzenshuu is what keeps us going. You can help by donating to us directly, or by shopping online at certain retailers through our affiliate links below. Every bit counts and helps contribute to our server fees and bringing you new site content, reviews, and contest items.