Having wrapped up a release of the entire franchise a few years ago over in Spain (via double-disc releases and later larger box sets), Selecta Visión recently announced their intention to bring yet another remaster of the Dragon Ball and Dragon Ball Z TV series to DVD starting this September. 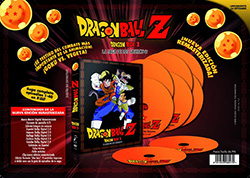 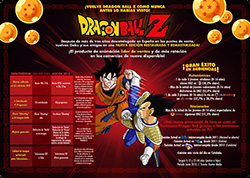 While their previous DVD releases were based on Japan’s Dragon Box masters, they suffered from the standard PAL conversion issues (primarily ghosting), which the company plans to address with these new releases via a new progressive PAL master. The same five language tracks from the previous releases (Castilian Spanish, Japanese, Galician, Basque, and Catalan) will still be included. As before, the new sets will be uncut in the show’s original 4:3 aspect ratio.

Each of the two series will have seven box sets, and the two series will begin their release simultaneously with a completion date planned for October 2014. “Dragon Box 1” – La Saga de los Saiyans – will cover Dragon Ball Z episodes 1-40 across eight DVDs.

Big thanks to forumite Saago for the heads-up!