We began receiving an official English translation of the Dragon Ball manga from Viz around fifteen years ago. If you asked me then how many editions we would have in fifteen years’ time, I likely would not have been able to come up with anything resembling an accurate answer. Much like I will be purchasing Raditz on home video for the umpteenth time later this year, I recently purchased Pilaf in comic-form for the umpteenth time. 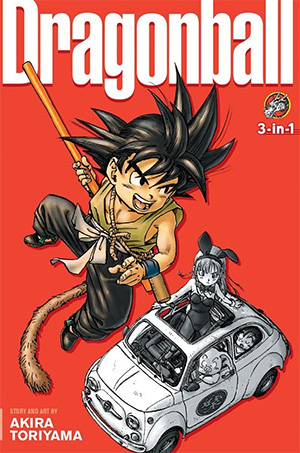 Last month, Viz began releasing their new “3-in-1” edition of the Dragon Ball manga, not to be confused with the “Viz Big” version, which was also a 3-in-1 edition of the Dragon Ball manga. Purported to be uncut and uncensored, this latest version packs 36 chapters between Kanzenban cover artwork, but what are you really getting between those red pages…? Read on for the full scoop.