Toei Animation Europe has recently announced that new episodes of Dragon Ball Kai (known internationally as Dragon Ball Z Kai) will be broadcast not only in Japan, but in a few select European countries as well with the continuation of the Majin Boo arc.

This remastered and reedited series is being broadcast in the UK on Kix, in Portugal on Sic Radical, in Poland on AXN Spin, and in France on Game One.

The announcement also indicates that the story arc will be comprised of 69 episodes, and it appears that internationally the series will carry the sub-title, “The Final Chapters”. 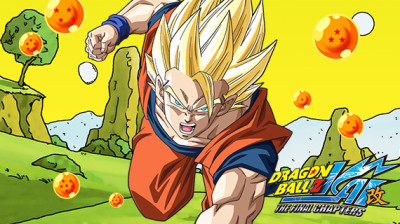 Thanks to TheRed259 for the tip! In the meantime, Dragon Ball Kai will continue to air each Sunday morning at 9:00 a.m. on Fuji TV during the “Strong 9” block (formerly the “Dream 9” block) alongside One Piece in Japan. Each week we will be sure to keep the Dragon Ball Kai section of our “Episode Guide″ up-to-date with production information and notes, so be sure to check back!