The new “Dimension of DRAGONBALL” figure for Piccolo, originally teased with the Son Goku figure announcement back in July, has been formally unveiled by Toei and Megahouse: 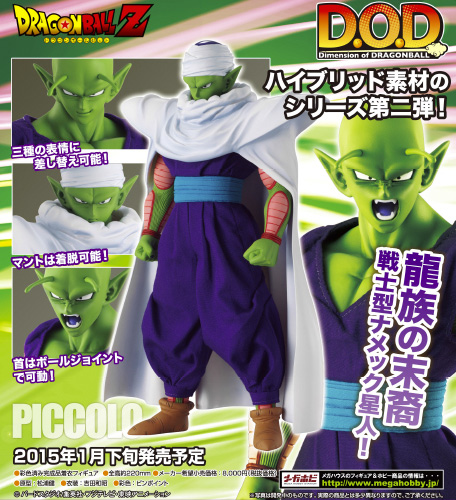 As with the Son Goku figure, the vinyl/PVC Piccolo figure comes with three heads with different facial expressions (neutral, smirking, and yelling) along with a soft, cloth outfit. 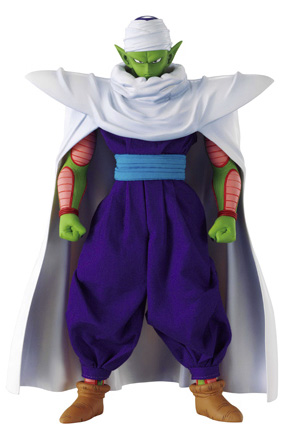 Pre-orders for the 220mm figure officially open today (04 September 2014) with an expected release date in late-January 2015. The figure will retail for ¥8,000 (plus tax) and is currently available for pre-order via CDJapan and Amazon Japan.