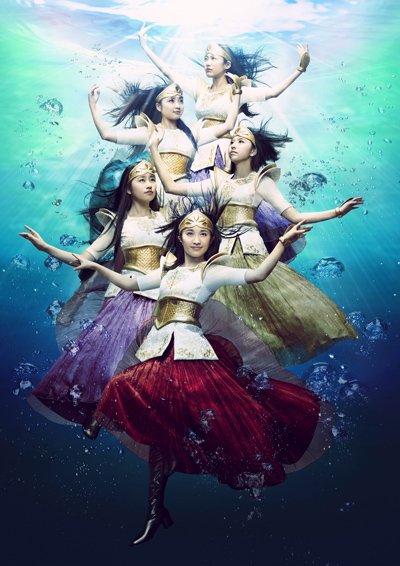 Toei Animation producer Norihiro Hayashida explained the reason for this “ZxZ Collaboration” (referencing the “Z” from both Dragon Ball Z and “Momoiro Clover Z”), saying that Toei made them the offer after hearing the group were all big fans of Dragon Ball, and understood the series’ world very well. He also expressed his hope that the synergy through the shared “Z” in their name would help make the film a big hit.

Comments from the group members were printed alongside the Natalie article:

My dad watched Dragon Ball voraciously, and I also watched it with him when I was little, so it was moving for both father and daughter in the Takagi household! It’s an animation beloved by a wide range of people, so I’ll do my best!

It’s a real honor to have the privilege of doing the theme song for Dragon Ball, an animation with a long history, and which you could even call representative of Japan. We have a “Z” in common, so I’ll be happy if it becomes a song that’s loved by fans of Dragon Ball!

I’m incredibly happy and really enthusiastic to have the chance to sing the theme song for Dragon Ball, [our connection with] which we’ve been conscious of ever since we became [Momoiro Clover] Z [in 2011]. I’m so overexcited, it feels like I could let loose a kamehameha at any moment.

Even we’re excited to see what will result from [the combination of] Dragon Ball and MomoClo!! I hope it will be the kind of song that gives energy to lots of people \(^^)/ like a reverse genki-dama! (laughs)

“F” by Maximum the Hormone will also be used as a “battle song” in the film, having been acknowledged as an inspiration for the film’s title and content.

The story for Revival of “F” is being crafted by original manga author Akira Toriyama, who stated he is writing it, “…as though it were a continuation of the manga when it was in serialization,” and that while it will, “…of course be a continuation of the previous Battle of Gods,” he has also, “…deliberately increased the amount of action scenes by a good deal.” Tadayoshi Yamamuro, who worked for many years as character designer and animation supervisor on the Dragon Ball franchise, will serve as the film’s director and animation supervisor. Norihito Sumitomo will return from Battle of Gods and the Majin Boo arc of Dragon Ball Kai for musical composition duties. Revival of “F” is set to bring back Freeza and will also include two new characters (Sorbet and Tagoma), feature Beerus and Whis again from Battle of Gods, and much more.