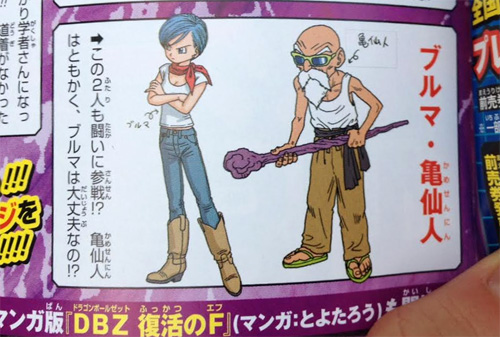 These two will also be participating in the battle?!
Never mind Kame-Sen’nin; will Bulma be all right?!

The previously-revealed character designs for Gohan and Kuririn are also showcased on the same page.