With 25 days remaining until the film’s debut, the official blog to promote Dragon Ball Z: Revival of “F” has updated with a visit from Videl, who briefly chats with Bulma about the newest addition to the family:

Videl: Hello! Is this a good idea, Bulma? I’m not really anybody important…

Bulma: Don’t worry about it! It’s been pretty much all men so far, so it was turning into a pigsty around here! But never mind that, how’s Pan doing?

Videl: She’s fine, thanks for asking. And so cute…! Gohan absolutely adores her.

Bulma: I’m sure Gohan will make a great father.

Videl: Oh, and sometimes Piccolo stops by to play with her.

Bulma: ……?! Piccolo!? Well, as long as he doesn’t teach her the Makankosappo or anything bad like that…

Videl: Don’t even joke about that, Bulma! 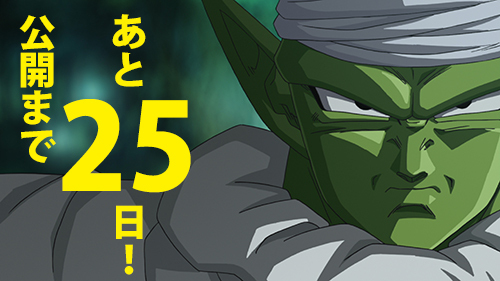 We will continue to keep tabs on this blog and translate whatever news it reveals, so stay tuned…!