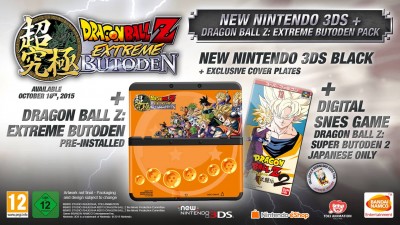 The package will be available 16 October 2015 (alongside the game’s standard release).

Super Butōden 2, originally released in Japan for the Super Famicom in 1993, did see a limited European localization in 1994.

The company also released an English-language promotional video for the game leading up to Japan Expo taking place this weekend: