Online retailers have updated their listings for the first Dragon Ball Super home video box set to include packaging beyond just the cover image: 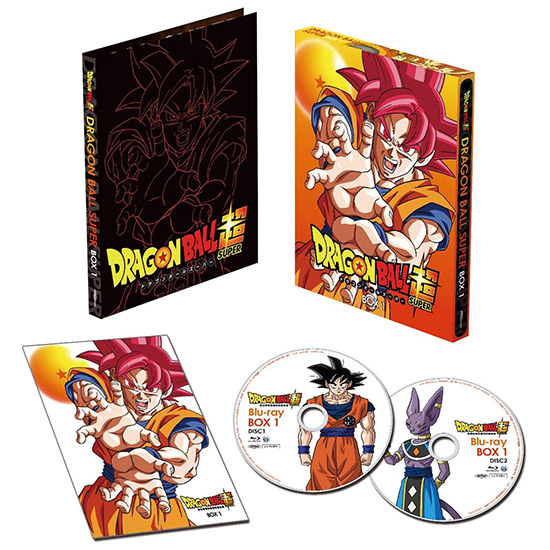 The disc label art is recycled character design artwork from the 2013 theatrical film, Dragon Ball Z: Battle of Gods. The specific contents of the “Special Booklet” are still unknown. Similar booklets in past releases have included items such as character biographies, sketches, episode summaries, and quotes from various cast and production crew members.

Toei and Happinet will release the series in DVD and Blu-ray box sets of 12 episodes each, with the first set dropping 02 December 2015 (episodes 1-12) and the second set dropping 02 March 2016 (episodes 13-24). In addition to a special booklet and box with a new illustration, on-disc extras will include a creditless opening and ending.