As a part of an on-going campaign to promote the upcoming Universe 6 story arc of Dragon Ball Super, Toei’s official website has posted new promotional Twitter icons for fans to use on social media. In addition, the update reveals the names of Champa’s Universe 6 competitors: 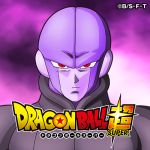 NAME PUN
Taken from the normal adaptation of the word “hit” in English transferred over to Japanese. 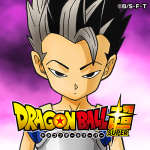 NAME PUN
As the requisite Saiyan of the group, the character’s name is likely taken from “cabbage” (キャベツ; kyabetsu). 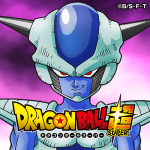 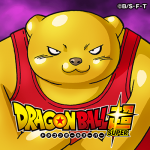 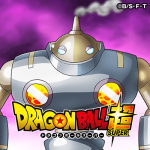 Each of these names were posted by Twitter user @s_m_530 back on 18 December 2015 in conjunction with Jump Festa. However, no other attendees were able to corroborate the names at the time. 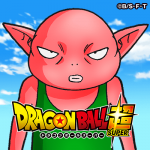 NAME PUN
Likely taken directly from monaka (最中), a Japanese sweet made of azuki bean jam filling sandwiched between two thin crisp wafers made from mochi, and adapting the name spelling into katakana.

The “Champa arc” officially kicks off with next week’s 28th episode. Original manga author Akira Toriyama is providing the character designs and underlying story for the upcoming arc. Dragon Ball Super airs Sunday mornings at 9:00 a.m. on Fuji TV in Japan. An English dub for the Toonami Asia market has been announced as the first international release of the series.