It has been roughly twenty years since the seminal Dragon Ball video game “Legends” (Idainaru Dragon Ball Densetsu) was released. For many fans, this game was part of the magical era where each and every new Japanese product was better than the last. Does this game actually hold up after so many years, though? 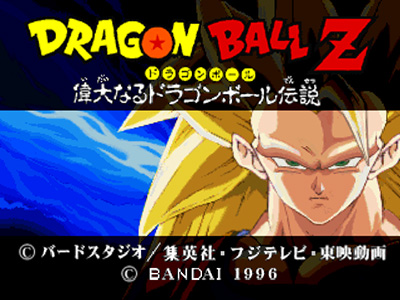 SHOW DESCRIPTION:
Episode #0398! VegettoEX and Randy look back at “Idainaru Dragon Ball Densetsu”, perhaps best known as “The Legend” or even simply just “Legends” on the PlayStation and Saturn. Twenty years later, the game appears to have still left a massive impression on fans and gamers. Does the never-ending hype behind this game hold up two decades later? Tune in for amazing revelations from the game’s development and a special guest appearance!