Viz has posted an English translation of the first chapter of Toyotarō’s Dragon Ball Super manga on their website: 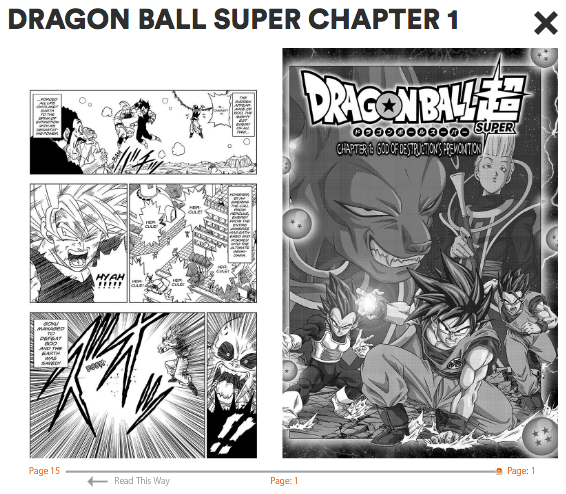 The chapter features the original Japanese sound effects with accompanying translations. “Hercule” remains as the edited name for Mr. Satan in the otherwise faithful translation.

No license announcement appears to accompany the posting, and no Dragon Ball Super manga volumes appear on the company’s upcoming release schedule (which currently runs through September 2016).

The Dragon Ball Super manga began in June 2015 as a promotional tie-in for the television series. The manga runs monthly in Shueisha’s V-Jump magazine, with the series’ thirteenth chapter running this week in the magazine’s August 2016 issue. Illustrated by “Toyotarō” (in all likelihood, a second pen-name used by Dragon Ball AF fan manga author and illustrator “Toyble”), the Dragon Ball Super manga covered the Battle of Gods re-telling, skipped the Resurrection ‘F’ re-telling, and “charged ahead” to the Champa arc to act as further promotion for the television series. The first collected volume, covering the first nine chapters and one bonus chapter, was released this past April. 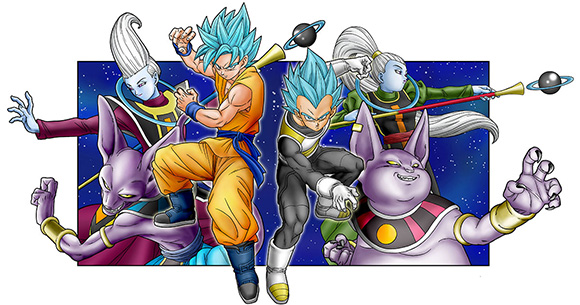 Special thanks to Donald Kirby for the heads-up!