Today’s fifty-third episode of the Dragon Ball Super TV series in Japan saw the debut of “Gowasu” and “Zamasu”, a Kaiōshin and apprentice Kaiōshin, respectively, from Universe 10. While Zamasu had previously been teased and announced to be voiced by Shin’ichiro Miki, Gowasu’s actor was revealed during the episode’s credits as Tetsuo Gotō. 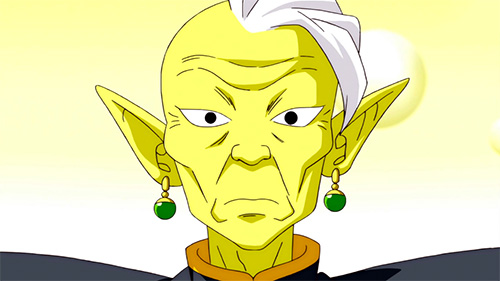 Gotō had previously played a minor “Secretary” role in the series’ fifteenth episode.

Both “gowasu” and “zamasu” are archaic Japanese verbs meaning “to be”, seemingly confirming a name pun scheme.