The 1st DLC Pack for #Xenoverse2 is available today! Play as The Emperor of Universe 6 and the Super Saiyan from Planet Sadal + much more! pic.twitter.com/s21KvGEqj8

You can get the content from Dragon Ball Super Pack 1 with the Season Pass or by purchasing it individually!

Bandai Namco has made a separate “Masters Pack” available for free on all platforms, adding an additional five characters for the player to train under in-game: Coola, #16, Future Gohan, Bardock, and Whis. 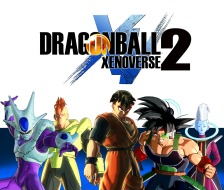 Bandai Namco released an update to the game last week prepping compatibility with the new paid updates, as well as adding new techniques for certain characters, providing bug fixes, etc. Downloadable content packs are included in the cost of the game’s season pass, which is available for $29.99 and will cover four content packs.