In conjunction with the March 2017 issue of Shueisha’s V-Jump magazine in Japan, Bandai Namco has detailed some of the additions coming to Dragon Ball XENOVERSE 2 next month. 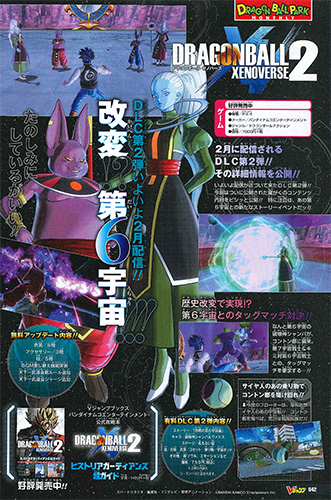 A lot of you have been asking about the content for the upcoming new content, and we are excited to be able to share this with you! The second wave of content will be released in February!

As for the first Update, it will include 2 part: a free update for all players and a paid DLC (purchasable alone or through the Season Pass).

The free update will include:

The Paid DLC will include new story missions and new playable characters! Here is the detail:

Stay tuned for more details on the second wave of content releasing in February! 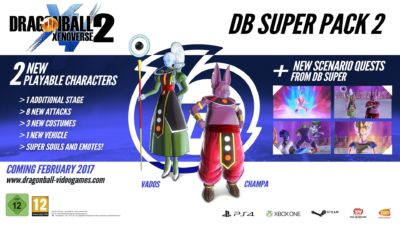 The game is also still on tap — at least in Japan — to receive an “Anison & BGM Pack” adding specific tunes from the original series and movies.