After various teases — most recently in the June 2016 issue of Shueisha’s V-Jump magazine alongside a design by original series creator Akira Toriyama — Caulifla (so far uncredited, but named in the episode’s closed captioning as カリフラ karifura) made her on-screen debut in today’s eighty-eighth episode of the Dragon Ball Super television series. 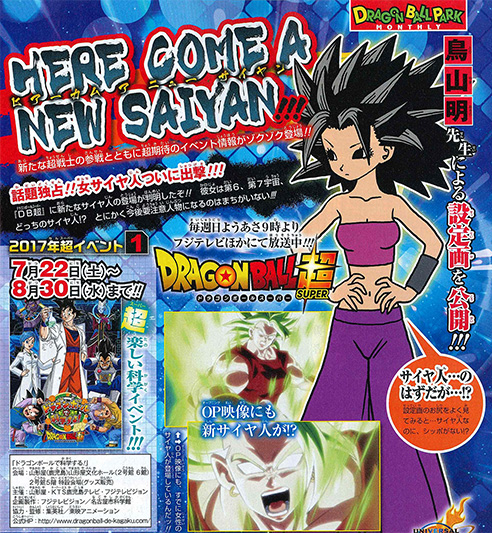 The character takes her name from “cauliflower” (カリフラワー karifurawā), continuing the vegetable pun theme for all Saiyan names. 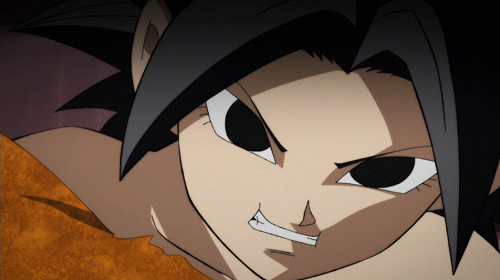 UPDATE: Upon further internal review and discussion, we have decided to adjust our style guide with a spelling of “Caulifla” (which has already been updated throughout this news story). While we do not always agree with and match up with Toei’s official translation tracks provided to simulcast providers (see: “Lavender” vs “Lavenda”), we believe that “Caulifla” is in fact the best alphabet representation of the name which respects the pun source (and its spelling difference compared with the source word) along with its pronunciation.

The Dragon Ball Super television series now receives weekly simulcast streams on services such as Crunchyroll and Daisuki. FUNimation has also announced their American distribution license for the series, with the English dub beginning earlier this year on Cartoon Network, and a home release set to begin in July.