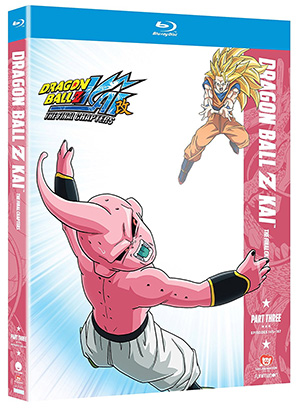 Many fans noticed two insert songs not included in previous editions of the series: Masatoshi Ono’s “Let It Burn” in episode 158, and FLOW’s “CHA-LA HEAD-CHA-LA” (specifically its English version) in episode 167. 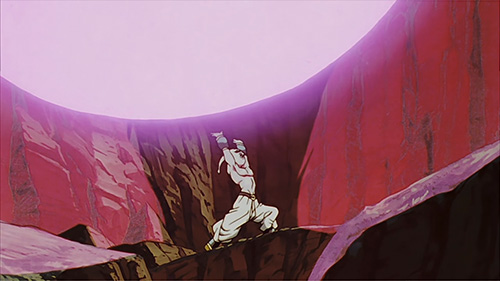 These insert songs were not present in the original Japanese broadcast, but perhaps most notably, also not present in the French home video release. In both cases, standard pieces from Norihito Sumitomo’s new musical score were used in their respective scenes.

The Boo arc of Dragon Ball Kai was initially conceived as an international-only product, but following the cancellation of the Toriko television series, Toei and Fuji TV used the available timeslot — which itself previously belonged to the original 2009-2011 run of Dragon Ball Kai — for the Boo arc. What aired on Japanese television was actually a further-condensed edit of what was being produced for the international market; this international edition would later come to be known as “The Final Chapters”.

“Let It Burn” was developed as a vocal song for the international edition, but had up until this point never actually appeared in the series, instead only showing up in a French-only digital soundtrack release (making its non-usage in the French home video release all the more perplexing).

FLOW’s cover of “CHA-LA HEAD-CHA-LA” (the first opening theme to the original Dragon Ball Z television series) was used as the closing theme to the 2013 theatrical film Dragon Ball Z: Battle of Gods. Curiously, the band’s own English version of the song (as well as their English version of “HERO ~Song of Hope~”, an insert song from the same film) was reinserted into various international editions of the film, including the Hong Kong release (and its Cantonese dub), as well as FUNimation’s American release (in both the English and Japanese language tracks). Even more strange in context, the original Japanese version of the song was used as the opening theme — even in America — in the 2014 and 2015 video games Dragon Ball Z: Battle of Z and Dragon Ball Xenoverse, respectively.