In conjunction with the “Tournament of Power” finally kicking off in this weekend’s upcoming 97th episode of the Dragon Ball Super television series, Toei Animation has released an updated promotional video and new key visual.

The new promotional video is an update of a video from back in April, with the only addition being the swap of Majin Boo for Freeza, the team’s last-minute replacement member. All other text and basic visuals remain the same from the previous video:

Ten warriors take up the challenge of a battle with survival on the line, universe pitted against universe
The biggest battle royale in history will break out
The only ones to survive will be those standing at the end 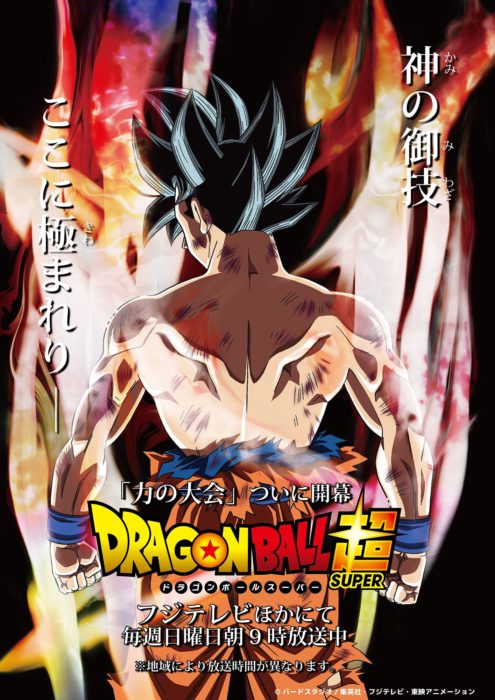 The Dragon Ball Super television series now receives weekly simulcast streams on services such as Crunchyroll and Daisuki. FUNimation has also announced their American distribution license for the series, with the English dub beginning earlier this year on Cartoon Network, and the first home video release coming in July.