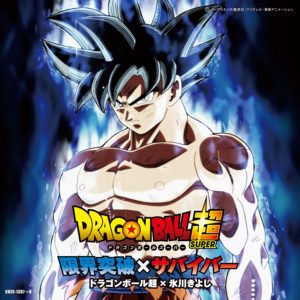 Retailing for ¥1,204 + tax, the CD single (COZC-1387) will also come packed with a bonus DVD featuring the opening theme animation. First-press copies are also set to include a Super Dragon Ball Heroes card featuring Hikawa himself. The CD single will feature seven total versions of the song:

The CD single is available for pre-order via CDJapan and Amazon Japan.