Bandai Namco has revealed Fu as a playable character in the forthcoming “Extra Pack 2” downloadable content for Dragon Ball XENOVERSE 2.

Some things to expect in Xenoverse 2 – Extra Pack 2: A mysterious new character, Fu. A new story mode where your Time Patroller embarks on a mission w/their master. Customization for the DRAGON BALL Characters. New "Irregular Attacks". Extra Pack #2 will be out in Feb. 2018! pic.twitter.com/Hk8xQljZHk

The announcement comes in conjunction with a tease in this week’s February 2018 issue of V-Jump: 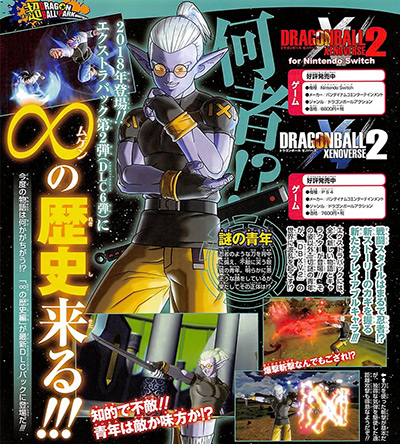 Mysterious Youth: a bespectacled youth with a fearless smile and a ninja-like blade on his back. He clearly looks evil, but who is he really?!

Fu was originally designed — as a child — for the now-defunct Dragon Ball Online MMORPG: 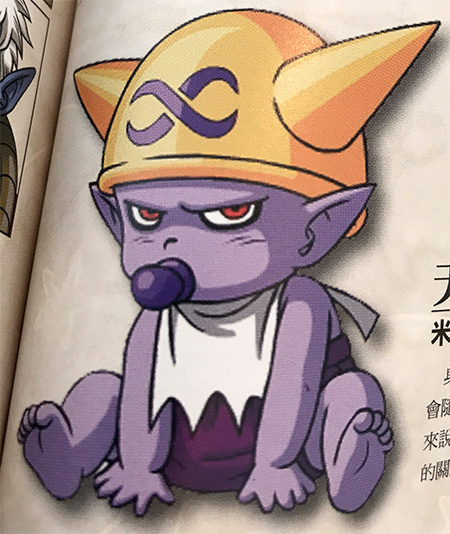 A mysterious baby who has inherited his father Mira’s great power; it is believed he will gradually awaken to this power as he grows up. Unable to express himself or act on his own, it seems Mira exerts a substantial influence on him. In the future he will grow into a key figure with tremendous influence on the world.

During Bandai Namco’s preview for the first “Extra Pack” back in September, the company teased:

In the new DLC releasing this winter, new fighters will be yours!! In addition, that person who shook the “future” will appear.

Retailing for $9.99 in America (with varying price points worldwide), the first “extra” pack is not covered by the game’s original “season pass” and must be purchased separately (or for $16.99 in a bundle alongside “Extra Pack 2”).