The official Dragon Ball website’s second entry in “The Nearly Complete Works of Akira Toriyama” — an on-going series highlighting rare and important pieces of the author’s work over the years — is a Jump character card illustration from 12 January 1981. Weekly Shōnen Jump artists provided color illustrations for this card, which features Arale — of Dr. Slump and later Dragon Ball fame — wearing a US flag kimono. 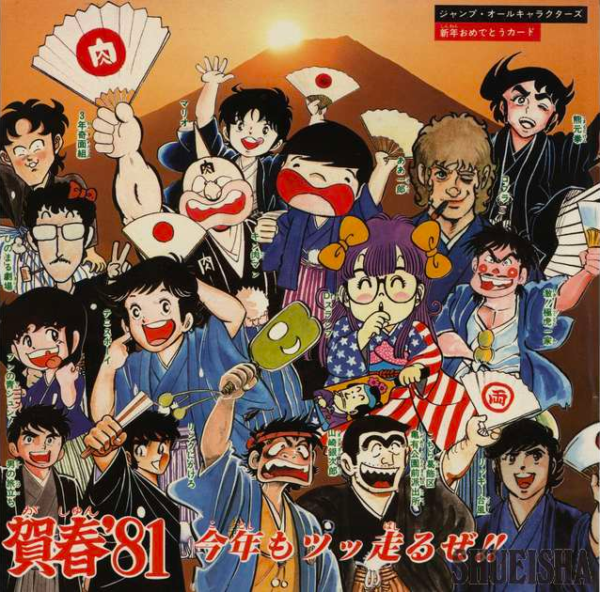 Happy New Year 1981: dash through this year too!