The Tokyo marathon will air in Dragon Ball Super‘s place 25 February 2018, followed shortly thereafter by the Nagoya marathon 11 March 2018. Assuming no other missed broadcasts, this pegs Dragon Ball Super as wrapping up its broadcast here with episode 131 on 25 March 2018. This falls in line with episode listings for the upcoming eleventh DVD and Blu-ray box in Japan, which initially listed episodes 121-133 before a later adjustment to episodes 121-131.

The on-going “Universe Survival arc” had previously been stated to end this coming March, though production team members were hesitant to confirm more beyond that; at the time no direct, definitive statement regarding the series’ ending was made.

All the meanwhile, before and after, One Piece has occupied the 9:30 a.m. timeslot. One Piece made the shift from Wednesday evenings — originally Dragon Ball‘s (and Dr. Slump‘s) timeslot — to Sunday mornings in 2001.

Dragon Ball is set to receive a new theatrical film in December 2018. The fate of Dragon Ball Super beyond this timeslot replacement has not been divulged. 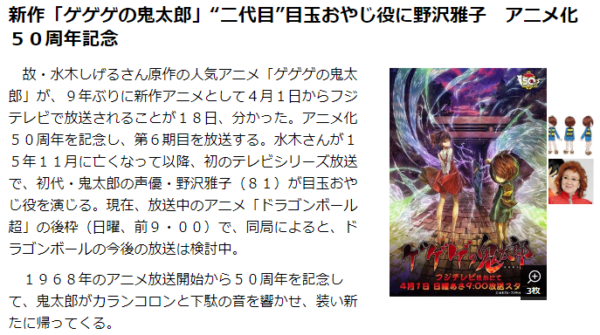 Thanks for always supporting us! The TV series Dragon Ball Super‘s Universe Survival arc finally reaches its climax at the end of March, so please support us to the end! There’s also a movie this December too! The Dragon Ball series will continue on, so look forward to it!

Is Dragon Ball Super ending?
Yes, the series presently on air will end here for now.

Really…? So it’s not just changing to another timeslot?
At present it is ending; beyond that is still undecided.

Will there be a sequel?
Currently it is undecided so there is nothing I can tell you, but when something is decided we will put out a press release.