The official Dragon Ball website’s thirty-eighth entry in “The Nearly Complete Works of Akira Toriyama” — an on-going series highlighting rare and important pieces of the author’s work over the years — is the inside title page from 1988’s second Akira Toriyama’s _____piece Theatre volume. 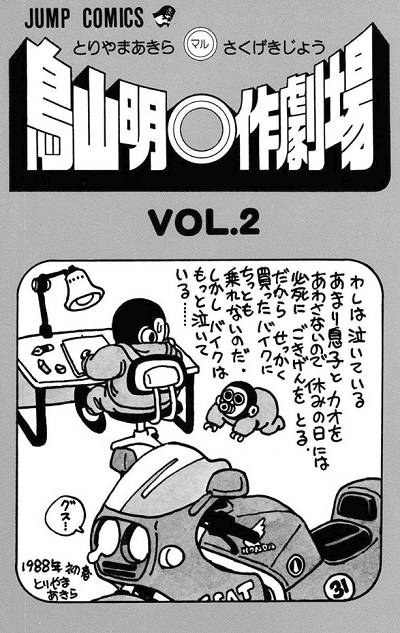 I’m crying. Since I don’t get to see my son much, on my days off I fawn over him as though my life depended on it. So I haven’t gotten to ride the motorbike I went and bought even one bit. But the bike is crying even more… 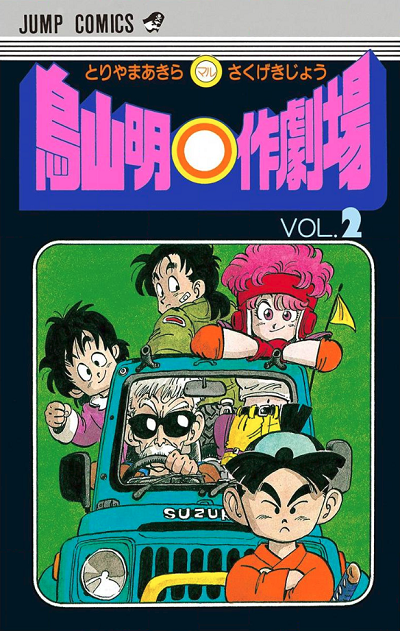 Dragon Boy (originally published in the August and October 1983 issues of Fresh Jump) and The Adventure of Tongpoo (originally published in the 1983 No. 52 issue of Weekly Shōnen Jump) both served as stepping-stones toward what would become Dragon Ball in November 1984. Dragon Boy in particular was written in direct response to Toriyama’s editor, Kazuhiko Torishima, telling him to draw a kung-fu comic, with Tongpoo (venturing into space with an otherwise-similar tone) serving as Toriyama’s last one-shot before Dragon Ball one year later. Check out the “Tale of the One-Shots” article in our 30th anniversary magazine for more information and one-shot comparisons!