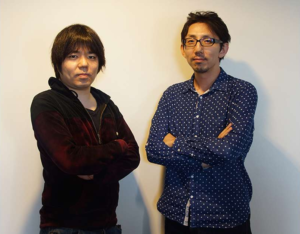 The interview — which we have translated in full — touches on the original story draft from Akira Toriyama, and more specifically, characters (such as Caulifla) that were not present in the original draft, as well as total characterization changes made during production (such as with Jiren, who only recently received any amount of backstory).

Nakamura: The Universe 6 Saiyan Caulifla was another one of Toriyama-sensei‘s character designs.

Takami: She wasn’t part of the initial rough draft. During a story conference, it was mentioned that Broli was very popular.

Nakamura: From there, we came up with the character of Kale.

Takami: We wanted a Broli-like character, but it would be boring to have it be exactly the same. So we made the character a girl, and designed her at Toei Animation. When we showed her to Toriyama-sensei, he went along with it and drew Caulifla.

Nakamura: So we decided to pair up Kale and Caulifla.

The interview also touches on the openly-known production issues the show has faced over the last couple years:

Nakamura: Frankly, from even before the Universe Survival arc started I’ve been thinking all along about making the image quality better than what it was during the early part of Dragon Ball Super. We’ve gradually improved the quality, with everyone in the staff contributing various ideas. The Future Trunks arc saw considerable improvement. Taking on this job for the Universe Survival arc, I’ve coordinated with the entire staff and spared no effort to make even the smallest improvements to the series. The Universe Survival arc has numerous set piece battles, so to improve them even a little bit, I’ve made considerable corrections to the storyboards myself. I’ve tried to increase the variety of the battles, using live-action fight scenes as a reference.

The duo also touch on the impending conclusion to the series, the final battle between Jiren and Goku, and teases for the future:

Nakamura: I want children to pick up on what Jiren learns and feels from fighting Goku. I think it’s probably something that can be applied out in the real world, too. Since others won’t share all of the same sensibilities as you; in fact, most people don’t think the same way you do. In this series it’s a physical battle, but I think everyone has had a time where they’ve felt something when their ideas clashed against someone else’s. I think Toriyama-sensei‘s Universe Survival arc is that sort of story. I made it with that interpretation in mind.

Takami: Director Nakamura has pulled the Universe Survival arc along up until now, and the last two episodes feature storyboards and direction that he put his whole heart and soul into. I truly can’t say anything else than “don’t miss it!”

Nakamura: No, it’s nothing special… but still, I’ve never fretted over anything as much as this before. Personally I think the ending to episode 131 is very fitting. While the Universe Survival arc may be Goku’s story, I think it might actually be Jiren’s story, too. I think that was Toriyama-sensei‘s intention when he set up someone like Jiren as the greatest rival, someone who’s not simply evil. I made it with that interpretation in mind, but I wonder how everyone else will feel about it.

Takami: I hope people’s eyes are glued to director Nakamura’s full-force direction and the ending which Toriyama-sensei has prepared for this story. Personally I even get the feeling that Toriyama-sensei is trying to set up even more stories.

Nakamura: Even after the story is over, please keep watching to the end and don’t change the channel. There’ll be something special!

This interview has been archived in our “Translations” section.