Experience a new adventure with Goku and all your favorite characters including Piccolo, Pan, Nappa, Frieza and Vegeta as well as a new main character designed by Akira Toriyama when DRAGON BALL LEGENDS hits iOS and Android devices in Summer 2018! Stay tuned for details! pic.twitter.com/TDATq3MMtM

The game is set to include a brand-new character designed by original author Akira Toriyama; the character is stated to be a Saiyan from a time other than Goku’s. 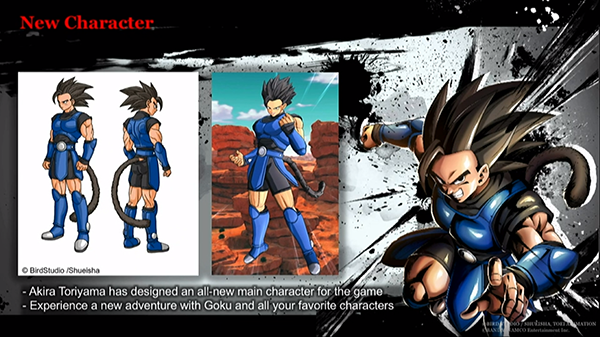 Dragon Ball Legends — a “one finger card action battle” game developed in conjunction with Dimps (previously of the Budokai and XENOVERSE game series) — is slated for release across 52 countries localized in English, French, German, traditional Chinese, and Korean (with voices in Japanese and English). Pre-registration for the game is open today.

The game’s title should not be confused with that of the 1996 PlayStation game Idainaru Doragon Bōru Densetsu (“The Great Dragon Ball Legend”), often and colloquially referred to in English fandom over the years as simply “Legends”.