The official Dragon Ball website’s eighty-second entry in “The Nearly Complete Works of Akira Toriyama” — an on-going series highlighting rare and important pieces of the author’s work over the years — is the cover art for an orchestral CD put out as part of the Kiyosu Town Tourism Association’s 15th Anniversary Commemorative Project. 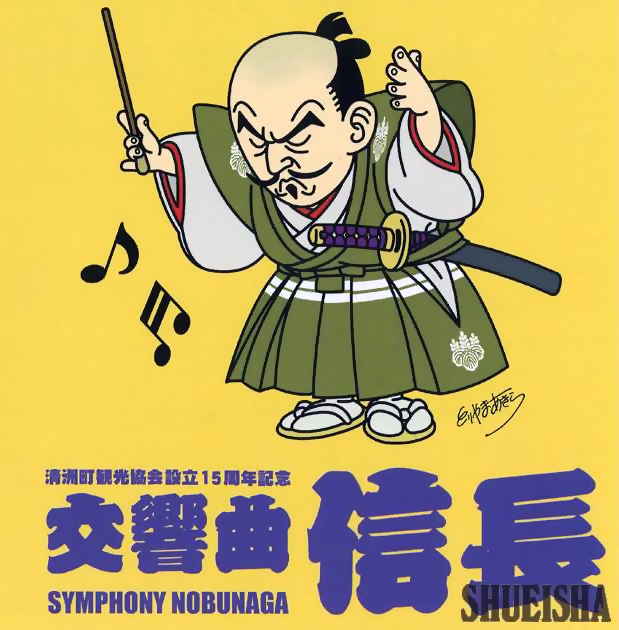 Kiyosu in Aichi Prefecture is where Japanese warlord Oda Nobunaga first consolidated power; it also happens to be Toriyama’s hometown where he still lives, though it is now a city. The website’s write-up notes that is a very Toriyama-esque Nobunaga, who, while comical, is also full of dignity.