Following up on the Japanese release announcement, Bandai Namco have dated the Nintendo Switch version of Dragon Ball FighterZ for 28 September 2018 in America and European territories. 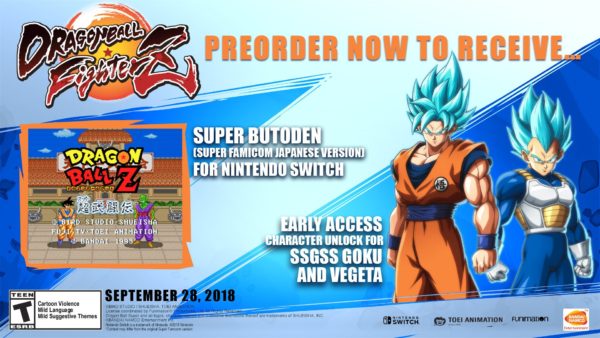 As with the Japanese release, pre-orders will include unlocks for Super Saiyan God Super Saiyan (“SSGSS”, or “Super Saiyan Blue”) version of Son Goku and Vegeta, as well as a download of the franchise’s first fighting game, 1993’s Dragon Ball Z: Super Butōden from the Nintendo Super Famicom.