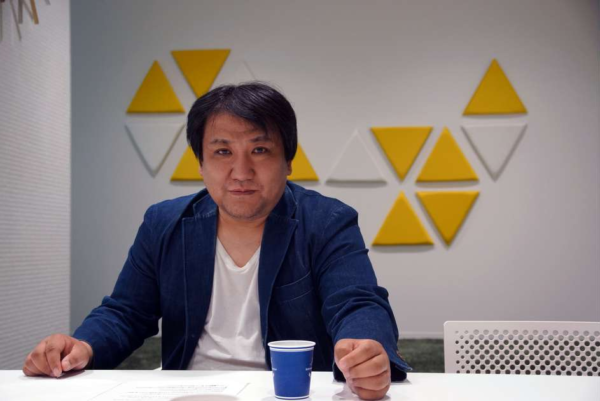 In the interview, Nagamine discusses his history with the franchise (from watching it as a child to working on the Dragon Ball Super television series), working original author Akira Toriyama’s screenplay into the finalized movie story, the new visual direction the team has gone with, and much more:

With the exception of action scenes, we’re adapting his screenplay pretty much as-is. However, though we want to be as faithful to it as possible, unfortunately the allotted run time is short. When we first made storyboards for the entire screenplay, a movie that was supposed to only be 90 minutes turned out to be double that length. Enough for two whole movies (laughs). Trying to forcefully condense that much content together would make it feel like a clip show, which would be boring, so I consulted with the producers and everyone else involved to whittle down the scenes and make it the proper length. We’re adamant about delivering as much of Toriyama’s script to viewers as possible, so we were able to extend the run time a little bit.

In my experience, since Dragon Ball is a series that has gone on a long time, we have impressions of what it should be. The movements to fire a Kamehameha or the setup of a Super Saiyan transformation scene are things that are so well-known they’ve become fixed. Maybe it would be fine to keep them the same, but transforming or firing beams from your hand are special things, so I want to make the staging for those moments special, too. The moment when I really came to that realization was when Toriyama gave us a manual during Dragon Ball Super about how to turn Super Saiyan. It said that the character gets tingles in their back, then imagines that sensation spreading outward and becomes Super Saiyan. I thought, “This is it!!” We can’t create this without using our physical senses as a basis. Transforming randomly without reason is no good. When I was a kid trying to shoot a Kamehameha or turn into a Super Saiyan, I always tried earnestly. The characters in the anime can’t just do it in an instant, either; they also have to try earnestly or it won’t work. I tell the animators to not be concerned about what was previously established, and I want them to draw how they feel using current techniques. If there’s inconsistency between how Dragon Ball has looked before and how we’re presenting it now, then I think it’s best to get rid of those past conceptions. Goku broke past his limits and evolved to Ultra Instinct, so we should follow suit and have the look evolve as well. At any rate, I want Dragon Ball to utilize the latest advancements and be on the cutting edge of action series. We’re not treating the series as something untouchable, and we want to create our own enjoyable Dragon Ball story.

This interview has been archived in our “Translations” section. This particular entry comes courtesy of our new translation contributor, so be sure to give Stacey your thanks!