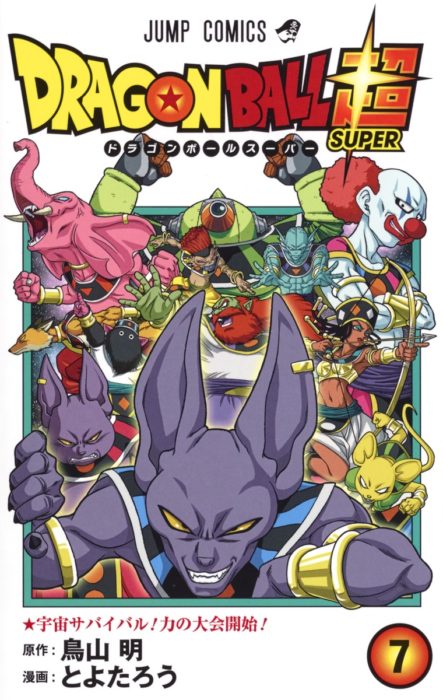 In his introductory comment, Toyotarō relays a story about sharing new volumes and character sketches with a friend:

I have a friend who asks me to sign their copy of the manga each time a new volume comes out. I add in an illustration while I’m at it, but I prefer to draw a different character for each volume. So I asked “how about the Omni-King?” and they said “who?”

Have you even been reading these books?!

The inside title page showcases a sketch of Son Goku, while the table of contents features Gods of Destruction Beerus, Liquir, and Sidra. 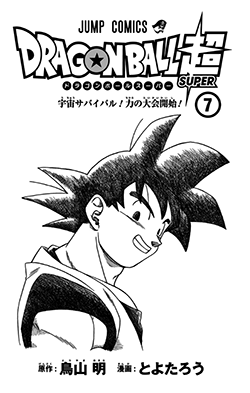 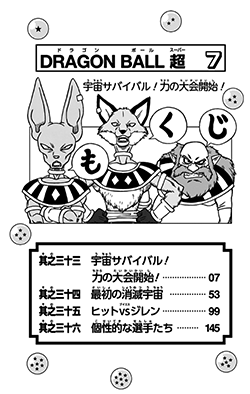 To fill out the necessary page count, Toyotarō supplies new drawings between chapters, with this volume exclusively featuring team lineups (specifically the Universes 7, 9, and 6 teams). No bonus chapters are included (with the Jump Victory Carnival 2018 bonus chapter being the only non-collected material as of this volume’s publication). “Corrections Done by Toriyama-sensei Himself” make a reappearance from the the third and sixth collected volumes, with a brief showcase of character design and dialog adjustments. 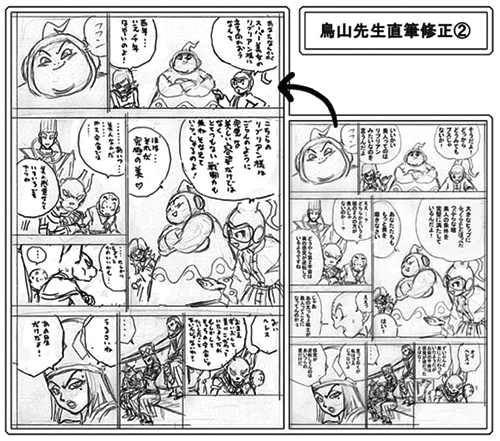 The print edition of the seventh volume is available for purchase via CDJapan and Amazon Japan. A digital release was made available the same day as the print release.

The Dragon Ball Super “comicalization” began in June 2015 as a promotional tie-in for the television series. The manga runs monthly in Shueisha’s V-Jump magazine, with the series’ thirty-ninth chapter coming last month in the magazine’s October 2018 issue. Illustrated by “Toyotarō” (in all likelihood, a second pen-name used by Dragon Ball AF fan manga author and illustrator “Toyble”), the Dragon Ball Super manga covered the Battle of Gods re-telling, skipped the Resurrection ‘F’ re-telling, and “charged ahead” to the Champa arc to act as further promotion for the television series. Though the television series has completed its run, the manga continues onward telling its own version of the existing story. Viz is currently releasing free digital chapters of the series, and began their own collected print edition early last year.