In conjunction with today’s January 2019 issue of Shueisha’s V-Jump magazine, Bandai Namco has announced a “Super Saiyan Full Power” version of Broli coming as paid downloadable content to Dragon Ball XENOVERSE 2 this winter as part of the “Extra Pack 4”: 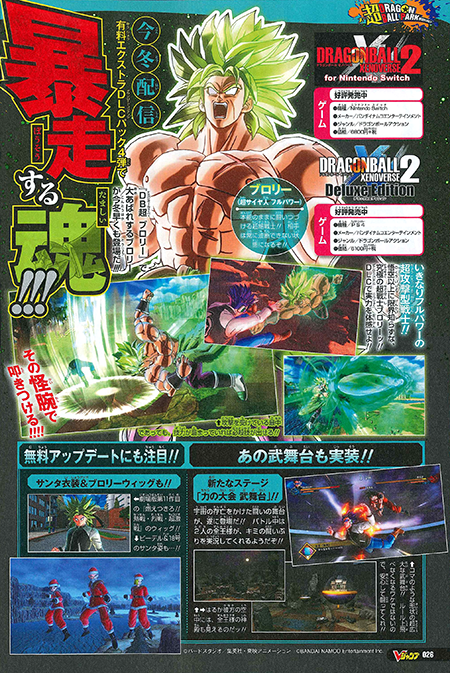 The character, styled as his appearance in the upcoming theatrical film, will be able to use a special move even in the middle of receiving an attack so long as the appropriate technique meter is full.

The original version of Broli, as well as a “Super Villain” version, is already available in the base Dragon Ball XENOVERSE 2 content.

The Dragon Ball Super series’ Tournament of Power arena will be included as a fighting stage in the paid DLC, though players will face no flying restrictions in the game as characters did in the series itself. Shaped like a giant top, the Omni-King temple is visible in the far distance.

A free update will accompany the paid downloadable content, which will include access to a Broli wig, as well as Santa outfits.