Our latest translation from the Dragon Ball Super: Broly promotional “newspaper” is an interview with actress Rio Uchida (born 1991, attracting attention in 2014 while playing the heroine in Kamen Rider Drive). 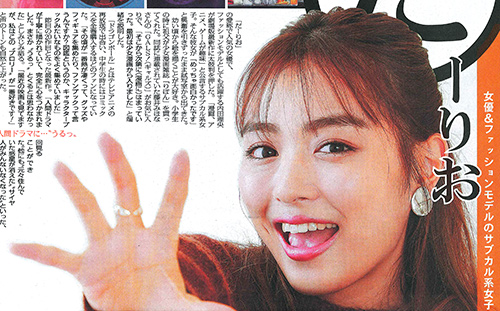 “I wasn’t aware of things like the story of when Goku was little, so I was able to watch it this time, like, ‘So he had that kind of past.’ Also, even with obvious information input like, ‘The planet they used to live on is gone,’ and ‘All the Saiyans are gone,’ I was able to learn that there was this drama behind it, and I really sympathized with each of the characters.”

In particular, she says she felt shock at Broli’s destructive power. “The battle scenes don’t follow any fighting style in existing martial arts, so I think the people watching will be a bit surprised. Broli this time is just too wild. I was made to feel like ‘There’s absolutely nothing I can do,’ as though I’d just run across a bear in the street,” she relates, using a unique simile.

This interview has been added to our “Translations” archive.

The Sports Nippon Dragon Ball Super: Broly Times is still available for purchase (as an add-on item) for ¥500 on Amazon Japan.