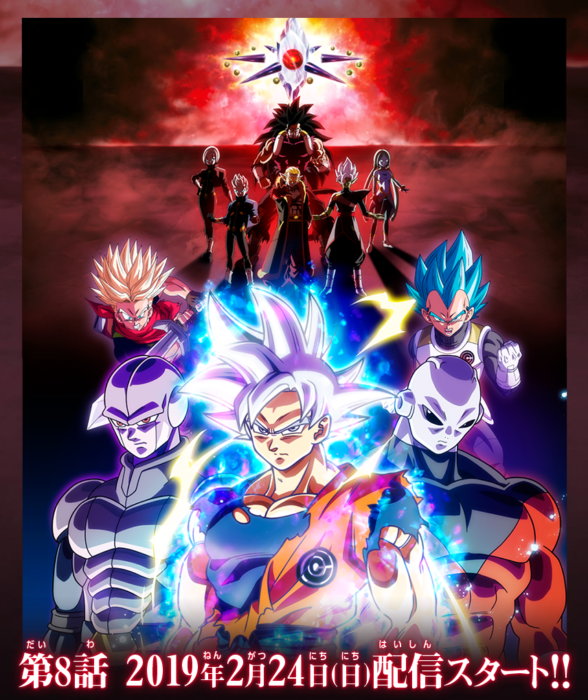 The self-described “promotional anime” began its free online streaming in July 2018, with the initial six episodes covering the “Prison Planet” arc, then moving on to the “Universal Survival” arc. Though the series’ original trailer was available worldwide, the subsequent episode postings themselves have been region-locked to Japan. No home release of the promotional anime has been announced.