The 2016 Nintendo 3DS video game Dragon Ball Fusions brought a wealth of whimsical new fusions to the world of Dragon Ball. From the EX Fusion “Karoli” (“Kakarrot” + “Broli”) as seen right on the game’s front cover, to original characters like the “Saibaiking” (a fusion of multiple Saibaimen together), Dragon Ball Fusions and its Metamo-Ring introduced us to new fan-favorites like Piririn, Gohanks, and more! 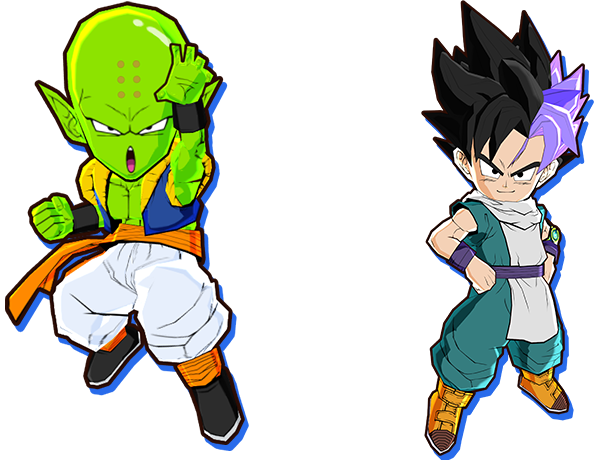 …or did it? Join us for a trip through history in the first part of a two-part retrospective as we share the full story behind some of the official fusion designs created by fans (as well as some other notable characters), starting with a first-hand look at the 1995 No. 13 and 19 issues of Weekly Shōnen Jump! 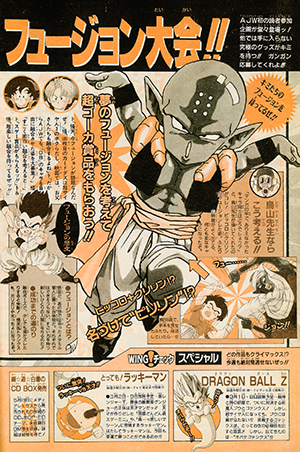 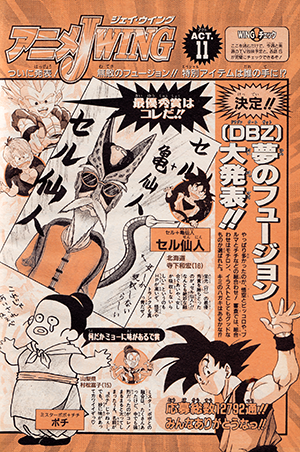 READ PART ONE
Share Post:
Tweet
Connect With Us
Support Us
Your support for Kanzenshuu is what keeps us going. You can help by donating to us directly, or by shopping online at certain retailers through our affiliate links below. Every bit counts and helps contribute to our server fees and bringing you new site content, reviews, and contest items.