The Japanese home video release of last year’s Dragon Ball Super: Broly theatrical film on DVD and Blu-ray has been announced for 05 June 2019. 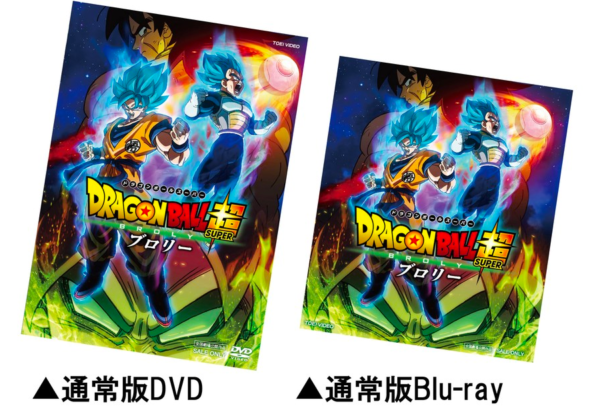 All editions will include a trailer collection in addition to the film itself, which will will be presented in 5.1 surround sound as well as with a descriptive audio track for the visually-impaired. Special “Limited Edition” versions will also be available on DVD and Blu-ray for ¥7,800 and ¥8,800, respectively, which are set to further include:

Amazon Japan recently emailed those with pre-orders of the outlet’s own version of the limited edition, stating that due to an unexpectedly high number of orders, customers will be unable to cancel existing orders from 31 March 2019 onward.

The Japanese editions of the film are available for pre-order on Amazon Japan and CDJapan. FUNimation’s North American release of the film is set to hit DVD and Blu-ray 16 April 2019 ahead of the Japanese release.