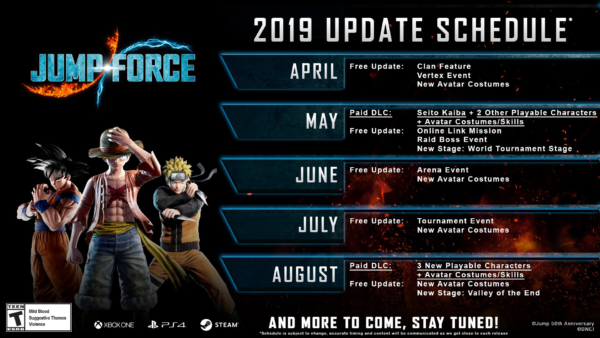 Spike Chunsoft previously developed J-Stars Victory Vs., a crossover fighting game celebrating Jump‘s 45th anniversary; the game was originally released on the PlayStation 3 and Vita, with a PlayStation 4 port eventually coming alongside an international localization. Prior to this, the company developed the Sparking! (released internationally as “Budokai Tenkaichi”) and Raging Blast series of Dragon Ball fighting games.