Shueisha’s official Dragon Ball website has unveiled the cover for the upcoming Dragon Ball Super: Broly anime comic. The official cover art is drawn by none other than Naohiro Shintani, the theatrical film’s animation supervisor. 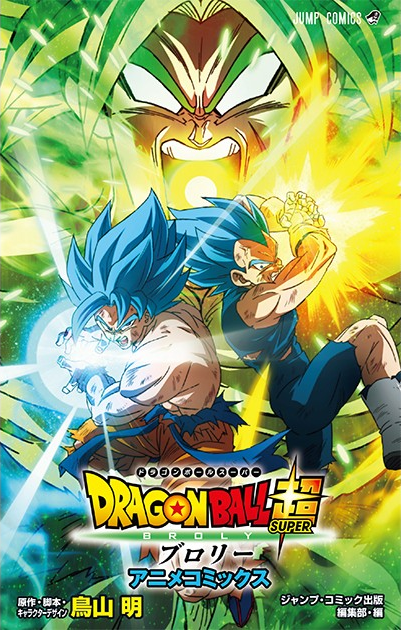 The cover illustration is drawn by animation supervisor Naohiro Shintani! Goku, Vegeta, and Broli have been drawn with an intense force!!

The 360-page comic is set to hit store shelves 02 May 2019 with a retail price of ¥1,400 (+tax). Two novelizations were released in Japan back in December alongside the film’s theatrical debut. The film itself is due for home video release April 16 in America and June 5 in Japan.