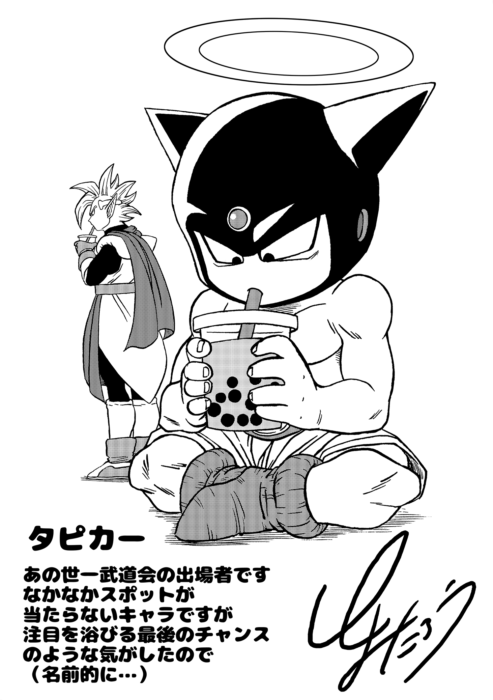 One of the contestants in the Afterlife Tournament. He’s a character who doesn’t really get much of a chance to shine, but I got the feeling that this was his last chance to bask in the spotlight (because of his name…).

Tapikar, a fighter from the Western Galaxy, appears exclusively in the Dragon Ball Z television series’ Afterlife Tournament filler arc. Both Tapikar, as well as Tapion in the background (a former inclusion in Toyotarō’s series here) have names sourced from the word “tapioca”; Japan happens to be in the midst of a bubble/pearl tea fad at the moment.