Ahead of the character’s formal release today (22 May 2020), a short promotional video for Son Goku (Ultra Instinct) was released showcasing some of his special moves. The character is available individually for ¥500/$5, or as part of the game’s optional $24.99 “FighterZ Pass 3” covering five total characters. 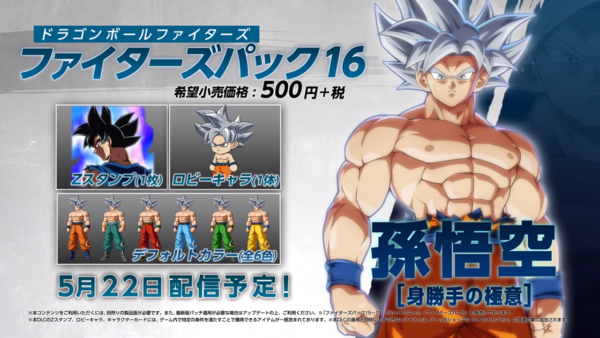