Each month, Toyotarō provides a drawing of a Dragon Ball character — as well as an accompanying comment — on the official Japanese Dragon Ball website. Following up on the wealth of characters already drawn, for his July 2020 entry, Toyotarō has contributed a new image of Raditz (with a special guest appearance by Bardock): 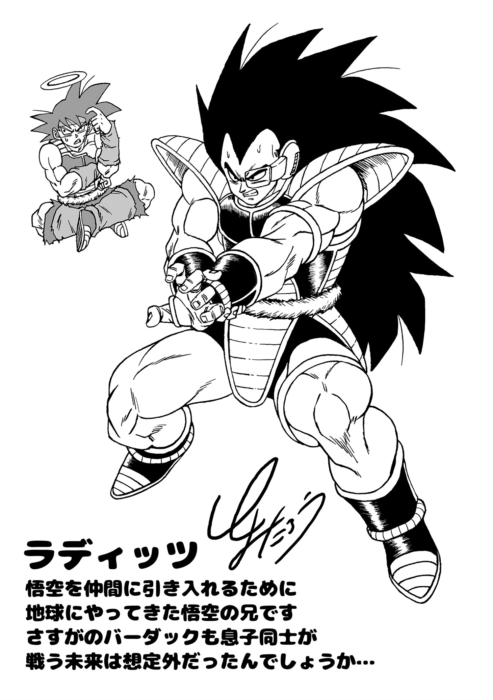 Goku’s older brother, who came to Earth in order to bring Goku over to his side. Bardock must certainly have never anticipated a future where both of his sons would be fighting each other…

The pose in Toyotarō’s new drawing is a clear homage to a scene from chapter 201 of Akira Toriyama’s original Dragon Ball manga, in which Raditz blocks a Kamehameha from Goku before taking on Piccolo’s Makankōsappō. 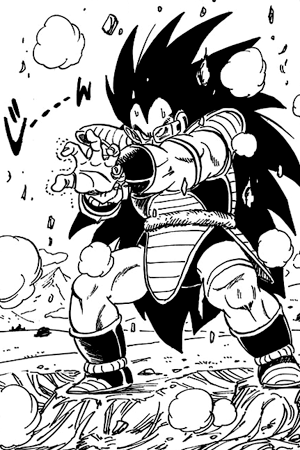 Last week, as part of a special connection with the “Toyotarō Drew It!” series, the official Dragon Ball website shared — alongside a brief interview — a new color image of Goku and Bardock from Toyotarō that is being turned into a crane-game prize series this December.