Super Baby 2, a transformed version of the Baby-infested Vegeta from the Dragon Ball GT television series, has made various appearances in video games throughout the years, including two years ago as a DLC addition to Dragon Ball XENOVERSE 2. The character will make his way to FighterZ next month on 15 January 2021. Curiously, the character’s name is written with the 超 (chō) kanji in the trailer, where in all previous appearances (including the respective V-Jump announcement) the name has been written in katakana as スーパー (sūpā). 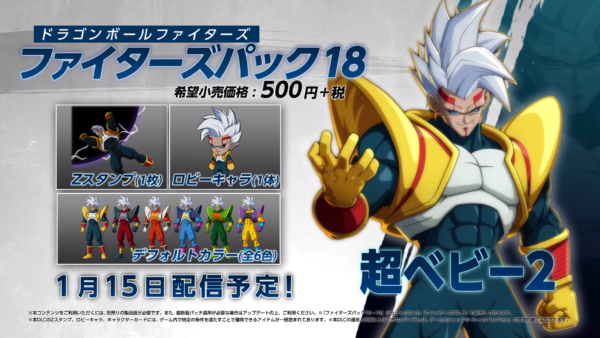 Super Saiyan 4 Gogeta, likewise also from the Dragon Ball GT television series, will make his way to the game “soon”. 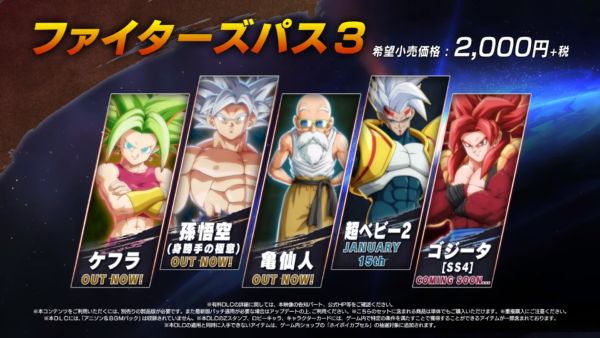