Breaking the Most Evil of Limits! Broli’s Revival!
In the Time Rift, Vegetto: Xeno and the Dark King Fu clash. The Dark King Fu raises his evil energy, and the moment he raises one hand, all of a sudden, his surroundings transform into a massive ballroom. With a thunderous roar, from within the crumbling debris comes a deafening growl and the shape of a familiar but terrifying presence… During the fierce fight, the Universe Tree that had been filled with energy by the Dark King Fu starts to gradually become brighter and brighter until its light suddenly bursts! While the light released by the Universe Tree spreads everywhere, next to the captive Cumber is a single man with an ominous grin on his face. 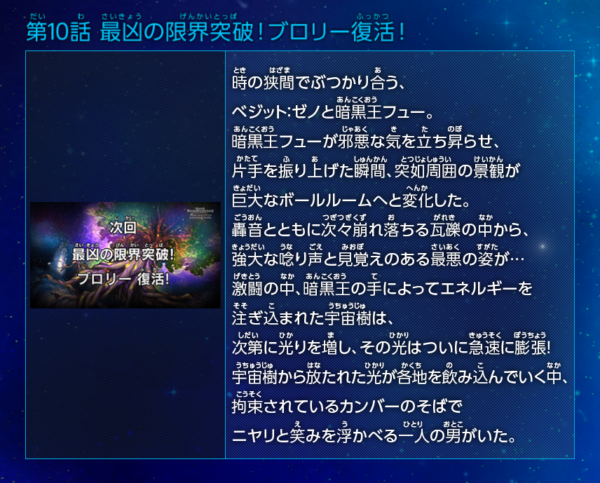