Each month, Toyotarō provides a drawing of a Dragon Ball character — as well as an accompanying comment — on the official Japanese Dragon Ball website. Following up on the wealth of characters already drawn, for his March 2021 entry, Toyotarō has contributed a drawing of Olivu from the Afterlife Tournmanent filler arc of the Dragon Ball Z television series. 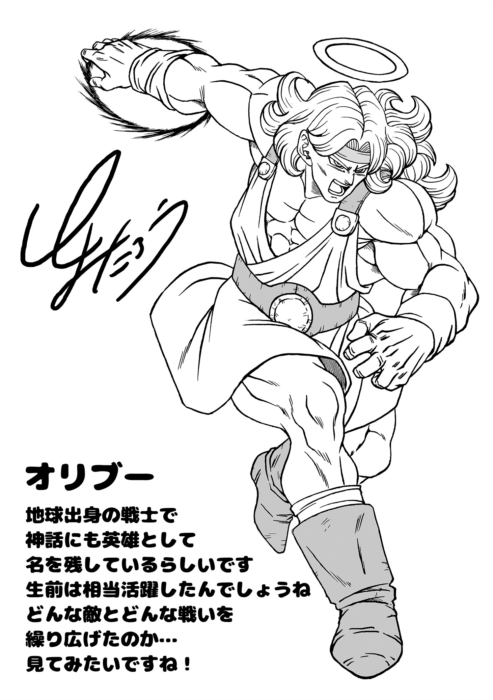 A warrior from Earth who apparently went down in history as a hero of myth. Seems like he had a considerable role to play while he was alive. What sort of battles, against what sort of foes, did he have…? I’d sure like to see that!