Each month, Toyotarō provides a drawing of a Dragon Ball character — as well as an accompanying comment — on the official Japanese Dragon Ball website. Following up on the wealth of characters already drawn, for his April 2021 entry, Toyotarō has contributed a drawing of Arqua from the Afterlife Tournmanent filler arc of the Dragon Ball Z television series. 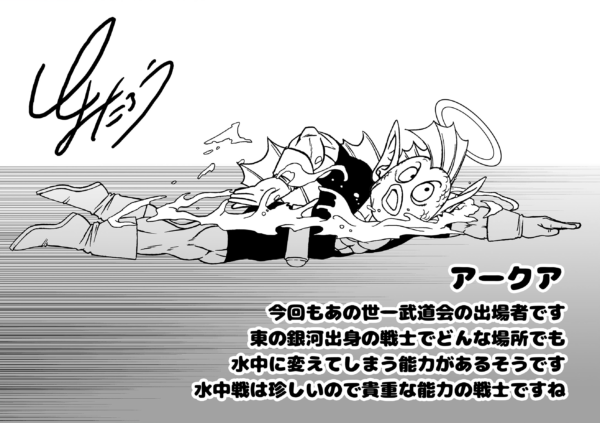 Once again, it’s a competitor in the Afterlife Tournament. A warrior from the Eastern Galaxy, he apparently has the ability to turn any place into an underwater locale. Underwater fights are rare in the series, so it’s quite the precious ability he possesses.