Our latest translation comes from the Dragon Ball Z series’ first background music collection (released in August 1992), whose inside pamphlet included an introductory comment from then-Toei Animation Producer Kōzō Morishita, who speaks highly of his collaboration with and the music of the late Shunsuke Kikuchi: 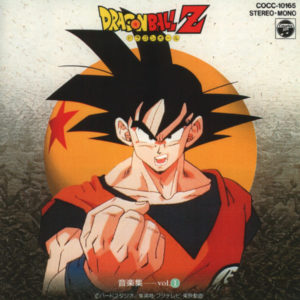 One of the main factors behind that popularity is the music by Mr. Shunsuke Kikuchi, which brings to life various concepts from the original work.

In original work penned by Mr. Akira Toriyama, we have lots of peculiar characters, a ton of fast-paced action scenes and unexpected story developments, not to mention loads of both laughs and tears. And in order to convey those scenes and cuts accurately, music is something we cannot do without.

This comment has been archived in our “Translations” section.