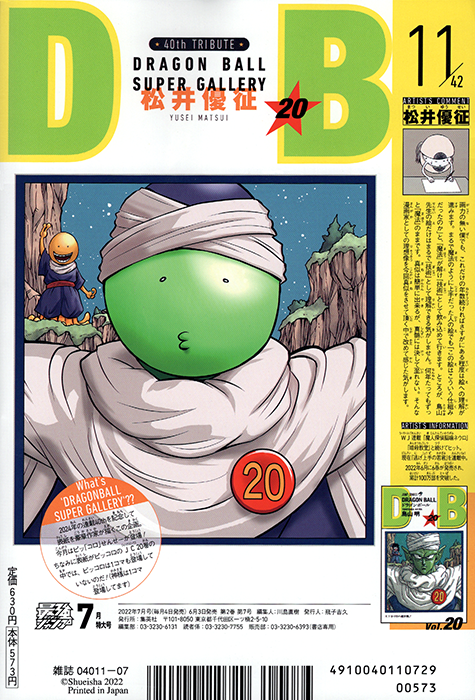 Even I, who had no drawing aptitude, am managing to get some understanding of art after keeping at it for all these years. Even with the drawings of people that are so talented as to be almost magical, once you understand the way the art was composed, the “magic” turns into “technique,” and you can learn it and get even better. However, Toriyama-sensei‘s art is the only one whose technique I feel I can’t quite get a hold of. No matter how many years pass, it still keeps its “magical” status. It’s easy enough to imitate, but its essence will forever remain out of reach. That’s the feeling I get once again, as I have the privilege of imitating that image of the ideal manga artist.

Saikyō Jump is currently a monthly magazine published in Japan by Shueisha under the “Jump” line of magazines. The magazine began as a quarterly publication in 2012, went monthly in 2013, went bimonthly in late-2014, and returned to a monthly format last fall (including a digital release for the first time). The magazine’s focus is spin-off and supplementary manga series aimed at a young audience, while also including game promotions, news coverage, and more. The magazine currently serializes content such as Yoshitaka Nagayama’s Super Dragon Ball Heroes: Ultra God Mission!!!! manga series, Yūji Kasai’s Super Dragon Ball Heroes: Avatars!! manga series, and the Dragon Ball GT Anime Comic. For calendar year 2019, Shueisha reported Saikyō Jump‘s circulation down at 130,000, with readership as 58.5% upper elementary school, 28% lower middle school, 11% middle school, and 2.5% high school or older.