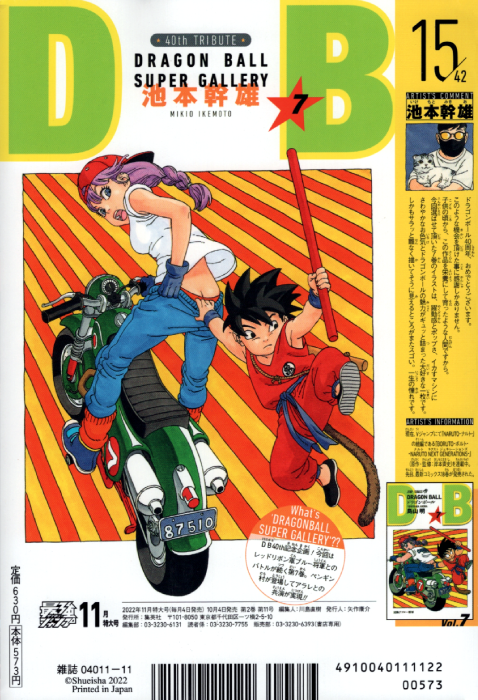 Congratulations to Dragon Ball on its 40th anniversary!! I feel nothing but the utmost gratitude to be included in this project. Dragon Ball has kind of been my source of nutrition ever since I was a kid. The cover of volume 7, which I like so much and had the privilege of being able to choose, has this sense of vigor and pop-ness, a stylish ride, and also a healthy dose of sexiness; that is to say, it has all the appeal of Dragon Ball crammed into this one picture. The fact that it looks extremely easy to draw is another of its strong points. I will forever be unable to look at it with anything other than admiration.