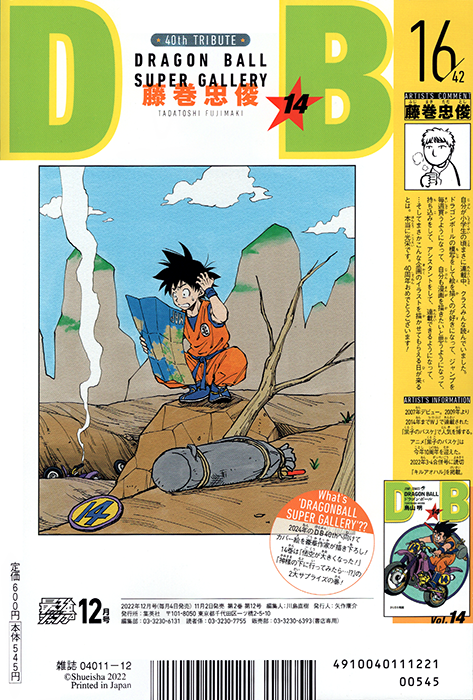 When I was in elementary school, meaning, right in the middle of the Dragon Ball serialization, everyone in my class was reading it. From those simple beginnings where I enjoyed copying the Dragon Ball drawings, to buying Jump every week, to deciding I want to draw my own comics, to submitting my own manuscripts, to working as an assistant, and then to finally having my own serialization, who would have thought the day would come when I would be able to draw for a project like this. It is truly an honor. Congratulations to Dragon Ball on its 40th anniversary!