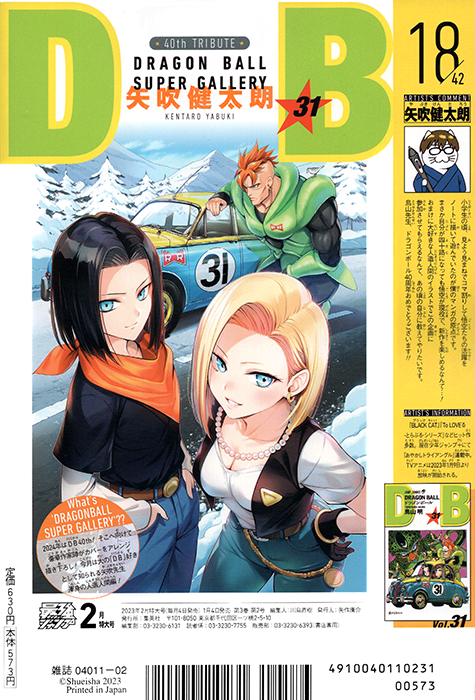 I first got into comics by looking at Dragon Ball, studying how to split pages into panels and having fun drawing the adventures of Goku and the gang on my notebook when I was in elementary school. Who would’ve thought that I would be able to enjoy a new comic with Goku’s adventures even in my forties?… And to top it off, that I would be allowed to contribute a drawing of the Artificial Humans that I like so much to this project? I really want to go back and tell all of this to my younger self. Toriyama-sensei, congratulations on Dragon Ball‘s 40th anniversary!

Yabuki has a fascinating and extensive history with Dragon Ball, extending all the way back to 1995 where he won the “Cool Prize” award for his fan fusion contest submission of “Gohanks”… when he was fifteen years old!