Battle Powers as a Story Idea

Everything so far has tried to explain just what battle powers are in terms of the Dragon Ball universe, but what precisely were Akira Toriyama’s motives for introducing them into the story to begin with? As far as we’re aware, Toriyama has never touched on this subject in any of his interviews, despite providing quite a few tidbits over the years on his inspiration or impetus for creating many of the story elements in Dragon Ball. However, in the second Shenlong Times issue, Toriyama and his three different editors from over the course of the series discuss how Toriyama began trying to improve Dragon Ball‘s popularity around the time of the Saiyan arc. The Saiyan arc of course corresponds with the beginning of Dragon Ball Z in the anime, and it was at this time that Yū Kondō took over as Toriyama’s editor, replacing Kazuhiko Torishima, the man who had been Toriyama’s editor during all of Dr. Slump and the beginning of Dragon Ball up to the 23rd Tenka’ichi Budōkai storyline. Kondō thought that in a fighting manga, the battles needed to always escalate, and so he tried to guide Toriyama in this direction. As you therefore might expect, the Saiyan storyline saw the introduction of many new things in Dragon Ball, including Goku’s son Gohan, and the revelation that Goku was actually an alien. Was the concept of battle powers one of the ideas Toriyama introduced to try and make Dragon Ball more popular, or was it Kondō’s idea, designed to help drive the escalation of the series’ fights? 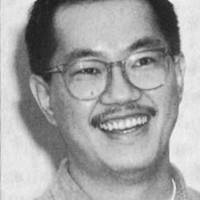 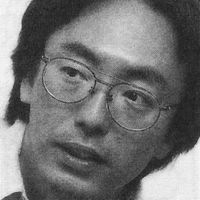 Either way, battle powers proved very popular, both among the original Japanese audience and those in the countless countries Dragon Ball has reached. What’s the secret of their appeal? For one thing, having numbers to indicate how strong characters are simplifies the story, allowing readers to easily grasp who’s supposed to be strong and who isn’t. What’s more, the concept of battle powers is similar to the idea of player stats in sports, and numerous sports fans have memorized the stats of their favorite player over the years. Battle powers are also similar to a few earlier concepts in Japanese kids’ entertainment. For instance, in Osamu Tezuka’s famous Astro Boy manga, a robot’s strength is often measured in horse power, while numerous movies and TV shows featuring giant monsters gave measurements for how fast the monsters could fly, and how hot a flame they could shoot from their mouths. 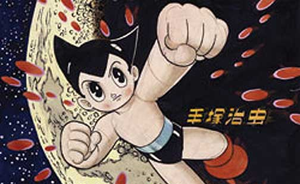 Most prominently, the popular Weekly Shōnen Jump manga, KinnikuMan, featured a system called chō-jin kyōdo (“superhuman strength degrees”), which measured the power of the various chō-jin (“superhumans”) who appeared throughout the series. This system was extremely similar to battle powers as they appeared in Dragon Ball (and both terms are often dubbed “power levels” in English translations of the two series), with the major difference that superhuman strength degrees were always static, with a few exceptions. That is, for each superhuman, they had a single number that represented their power, and this number never changed throughout the entire story. KinnikuMan was a very popular Jump series long before Dragon Ball began, so maybe Toriyama and Kondō borrowed a page from its playbook as they tried to increase Dragon Ball‘s popularity? It’s also notable that Dragon Ball‘s battle power system, where characters train hard to increase their power so that they can be strong enough to defeat the villains, fits much closer to the Shonen Jump motto of “friendship, effort, victory” than KinnikuMan‘s system of unchanging numbers.

Other Jump series have also adopted systems similar to battle powers, possibly as a homage to Dragon Ball, KinnikuMan, or both. The series YuYu Hakusho, for instance, introduces a similar system called yōryoku-chi (“spectral power values”) as a way of measuring the strength of the various yōkai monsters that appear. Further, the One Piece series uses a system of bounty prices to rank the threat level of various pirates (though threat level does not necessarily correspond to strength), and also briefly features a system called dōriki as a way of measuring characters’ physical power. 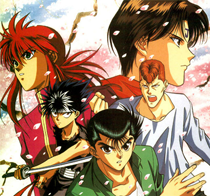 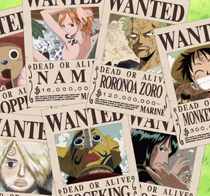 “One Piece” — by Ei’ichirō Oda

In the Street Fighter II: The Animated Movie, Shadowlaw (Bison’s/Vega’s organization) has created cyborg monitors that are spread across the globe seeking out mostly Ryu, who is considered to have the highest potential of all the world’s fighters (and they’ve monitored just about all of them, if not pre-movie like Cammy who’s already brought under Bison’s control, then during the movie like watching the fight between Honda and Dhalsim). The cyborg captured the footage of Ryu’s major battle with Sagat (where he received his trademark scar), and as Ryu is about to perform the Hadōken, it reads his “Potential Fighting Capacity” at 3620. Bison’s main scientist/adviser dude (who doesn’t seem to have a name beyond “Old Scientist”), while reviewing the footage with Bison, says, “The highest possible fighting potential for the most skilled martial artist surely could not be higher than 2000.” Unable to find Ryu, Bison ends up capturing Ken instead and turns him evil for a while, etc…

As you can see, for whatever reason, systems for numerically measuring the strength or other value of a character continues to be a popular story gimmick in both manga and anime. Whether or not these systems are direct descendants of the battle power system used in Dragon Ball, they’re out there!